On 7 September, the LCSB hosted the launch event of ELIXIR-LU, the Luxembourgish node of ELIXIR. Around a hundred participants joined the symposium, which started with opening speeches from Marc Hansen, the Deputy Minister of Higher Education and Research, and Lydia Mutsch, the Minister of Health.

Both ministers stated the utmost importance of digitalization for the countries development. Minister Hansen highlighted that the creation of the Luxembourg Node is a “sign of the country new orientation as a hub of internationally renowned research and expertise, as well as a direct result of the government decision to invest in digitalisation”. While Minister Mutsch pointed out the importance of a coherent national strategy for the implementation of digital health in Luxembourg and stated that “the Government needs to support research teams and provide them with the adequate infrastructures, including advanced datacentres and high performance computing capacities, and the support to the ELIXIR Luxembourg node is a good example of such a successful project.”

The programme of the afternoon combined talks from several national and European stakeholders. The director of the ELIXIR network, Dr. Niklas Blomberg, presented the infrastructure that connects around 180 research institutes across Europe into a coordinated network for biological research data. Within this network, each Node is building on national strengths and priorities. Dr. Reinhard Schneider, head of ELIXIR Luxembourg, explained in detail the objective of the national platform: becoming the European repository for integrated molecular and clinical data, and providing high-performance oriented data access and computing services in a nutshell. He stressed that “providing these data for other researchers and analysing them in different contexts could lead to new diagnostic methods, better therapies, or hitherto unknown approaches in the prevention of certain diseases”. The other presentations tackled topics such as the new data protection legislation, big data economy, the re-use of biomedical data in the industry and patients’ perspectives on sharing personal data, sparking discussions about challenges and opportunities ahead.

The event brought together researchers from several institutions (LIH, LISER, LIST, LNS, IBBL, CHL, LSRU, LCSB) as well as members from patients’ associations, industry, the European Commission, FNR and different public bodies, showing the interest in the new infrastructure and its services. Digital health, secure access to biomedical data, a research and healthcare connected landscape, “Let’s make it happen!” was the watchword of the day. 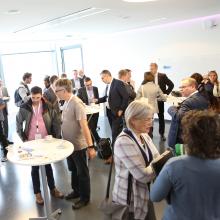 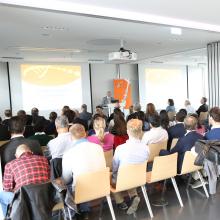 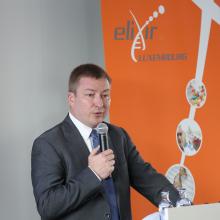 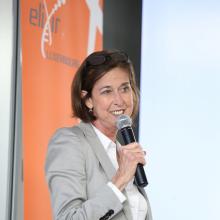 Go back to the news